In 1969, the Central Bank of the Philippines (CBP) issued its third issue but second printed official banknote series called Pilipino Series, consisting of 6 denomination 1 piso, 5 piso, 10 piso, 20 piso, 50 piso, 100 piso, during the term of President Ferdinand Marcos who decreed for the Filipinization in language and design of Philippine currency. The issuance of the 100 piso bills was limited while the rest of the denomination have been widely circulated.

In 1972, the 5 piso, 10 piso, 20 piso, 50 piso were improved, more solid lettering which is for easier reading and the portraits of heroes appearing in the dominant color of the note and full-bleed printing covering the watermark panel is incorporated on the obverse and reverse.

The last printing of the Pilipino series banknote was on 1972 during the term of President Ferdinand E. Marcos and CBP Governor Gregorio S. Licaros. A total of 448,550,000 notes with a value of ₱2,586,500,000 were issued for this series.

After February 28, 1974, Pilipino Series currency note issue outstanding as of July 1, 1973 were considered demonetized pursuant to Presidential Decree No. 168 and 378. All of the unissued banknotes were sent back to the printer Thomas de la Rue and Company Limited London for overprinting the words "ANG BAGONG LIPUNAN" in the watermark area. 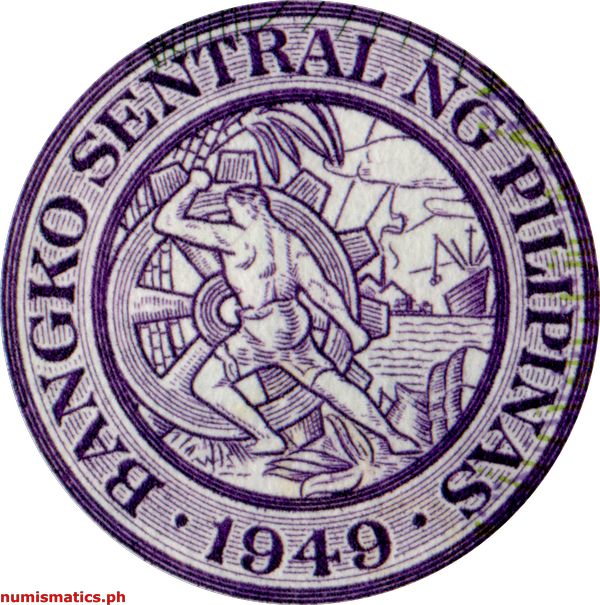 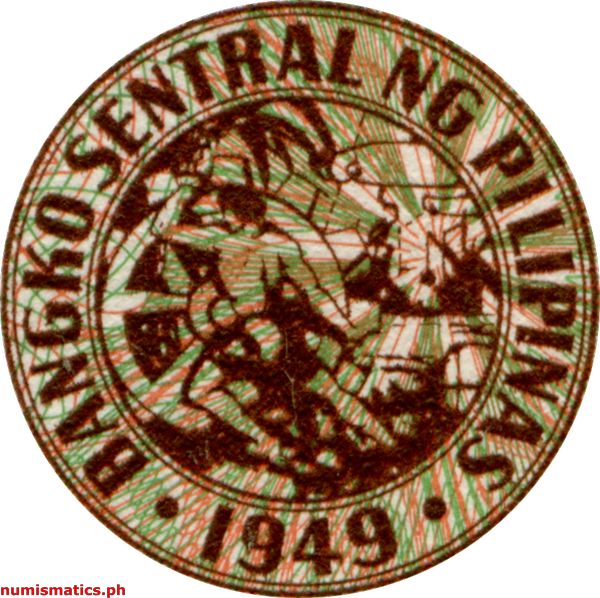 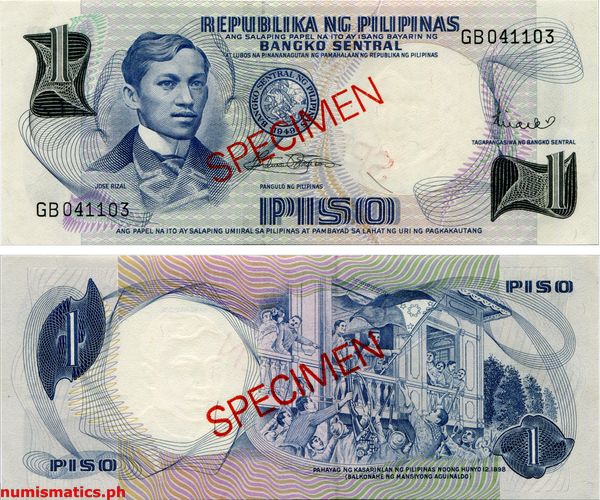 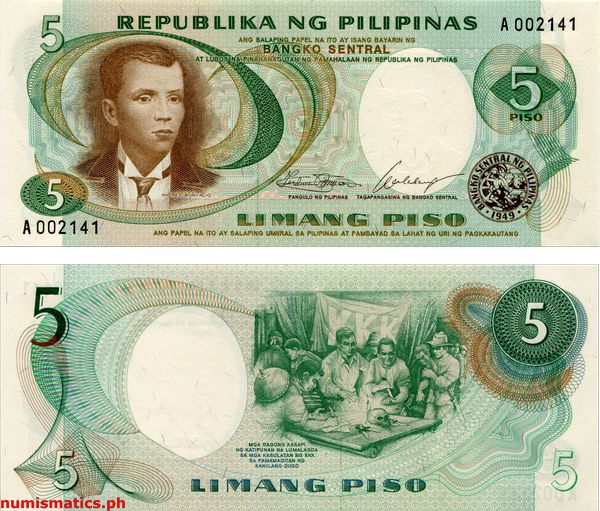 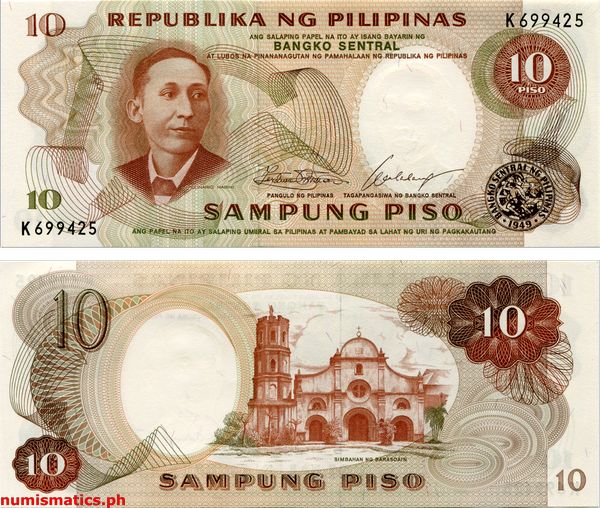 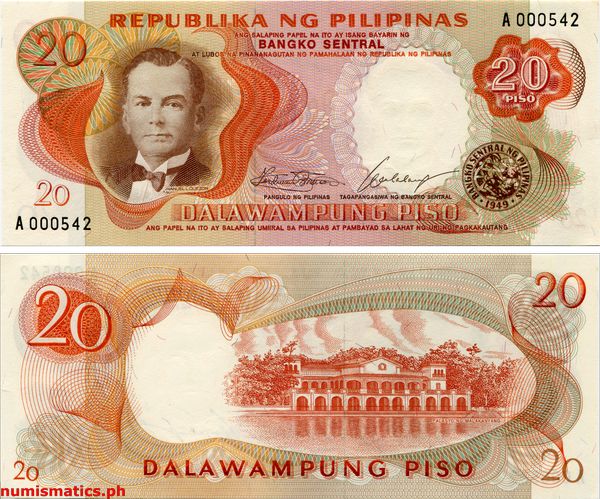 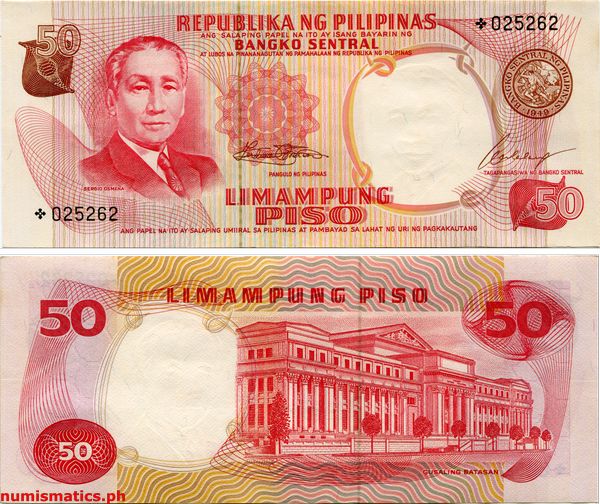 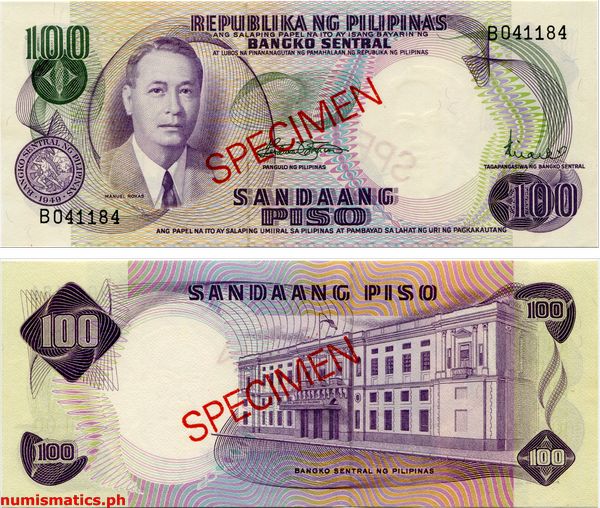 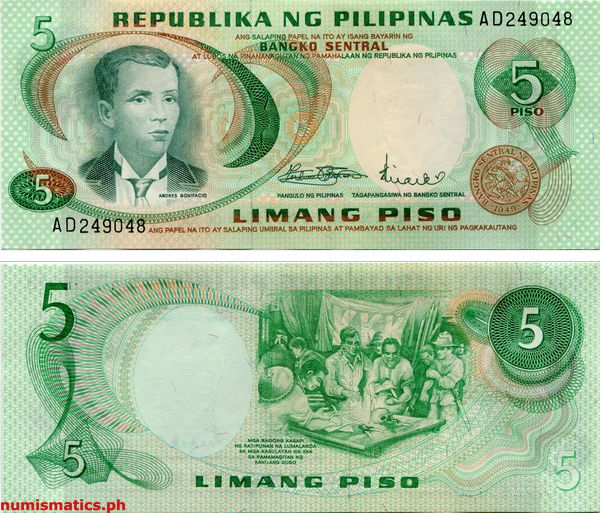 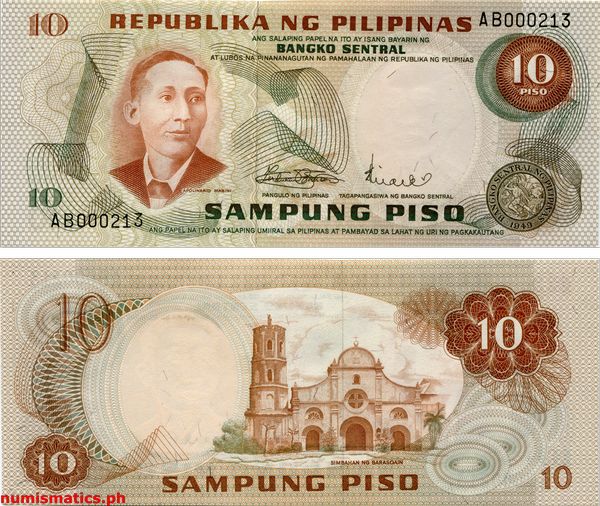 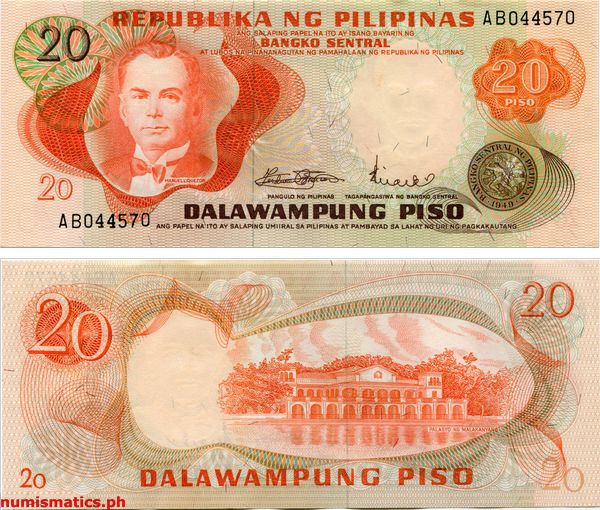 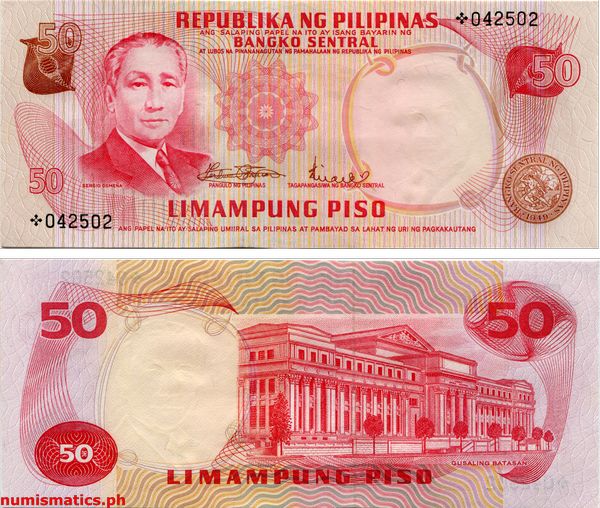