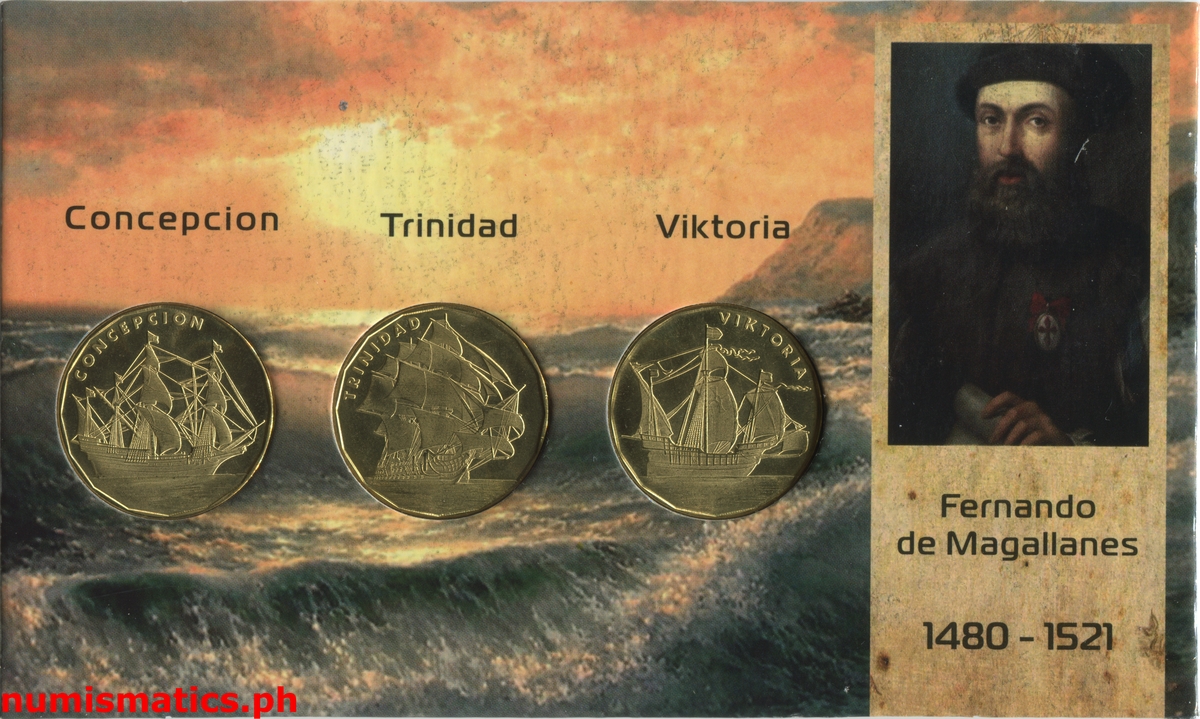 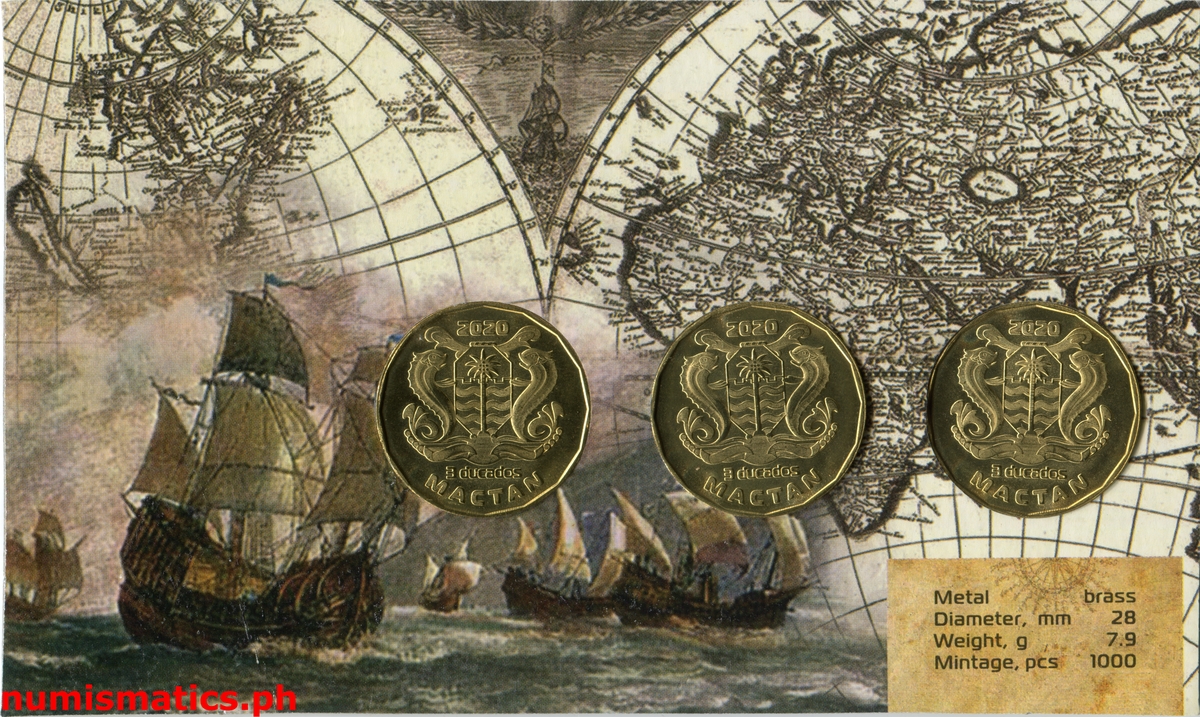 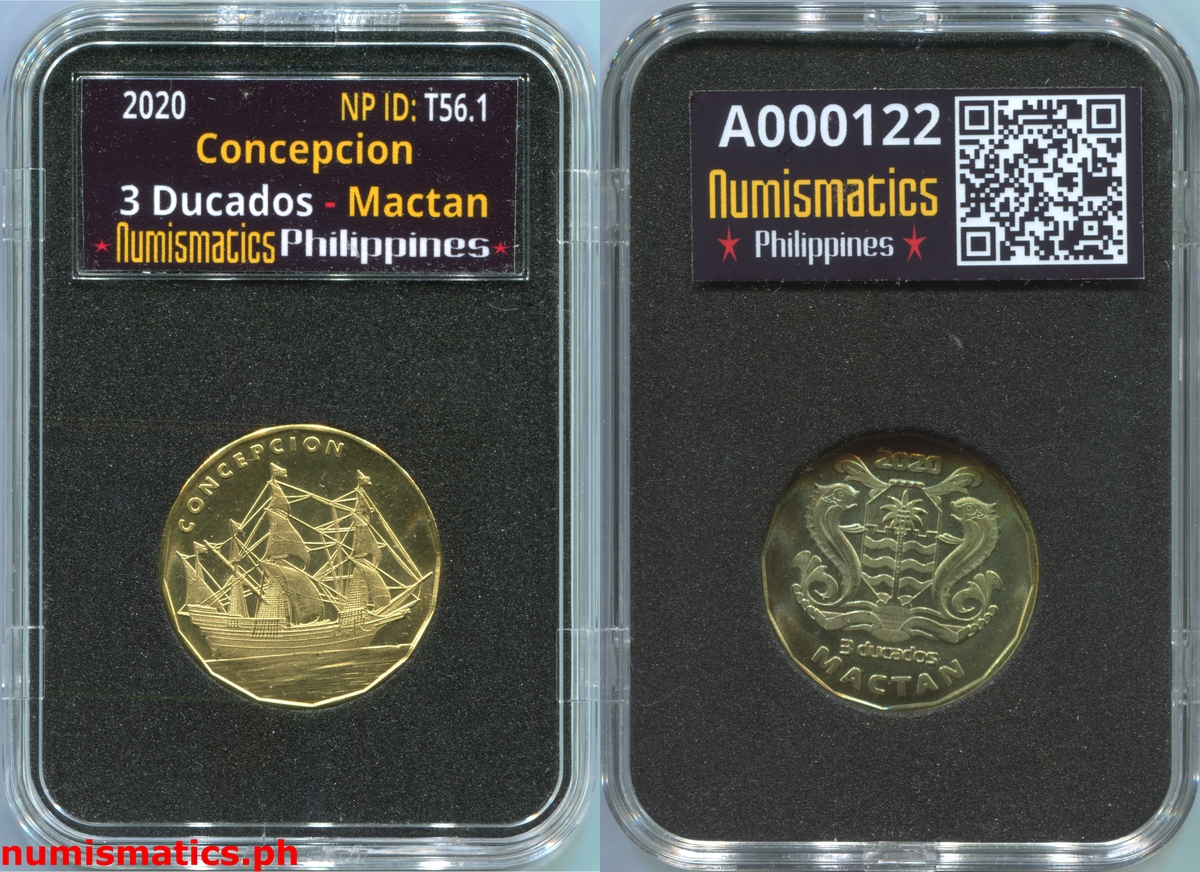 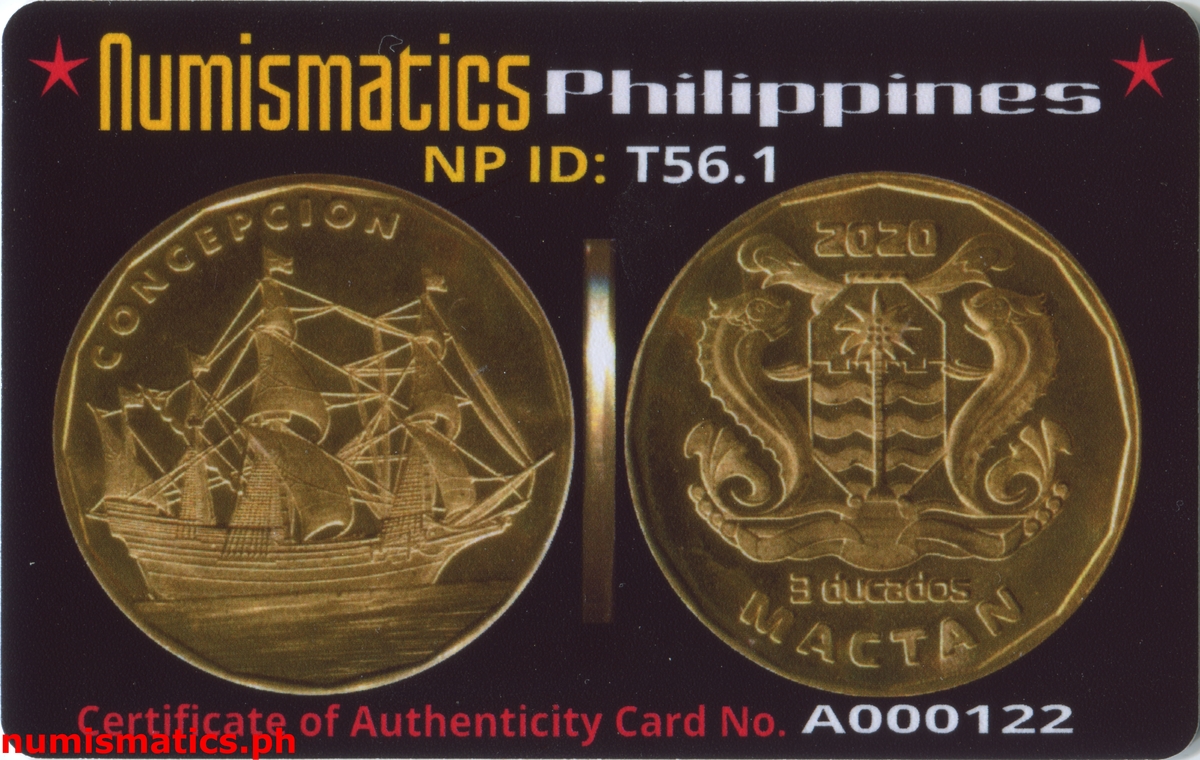 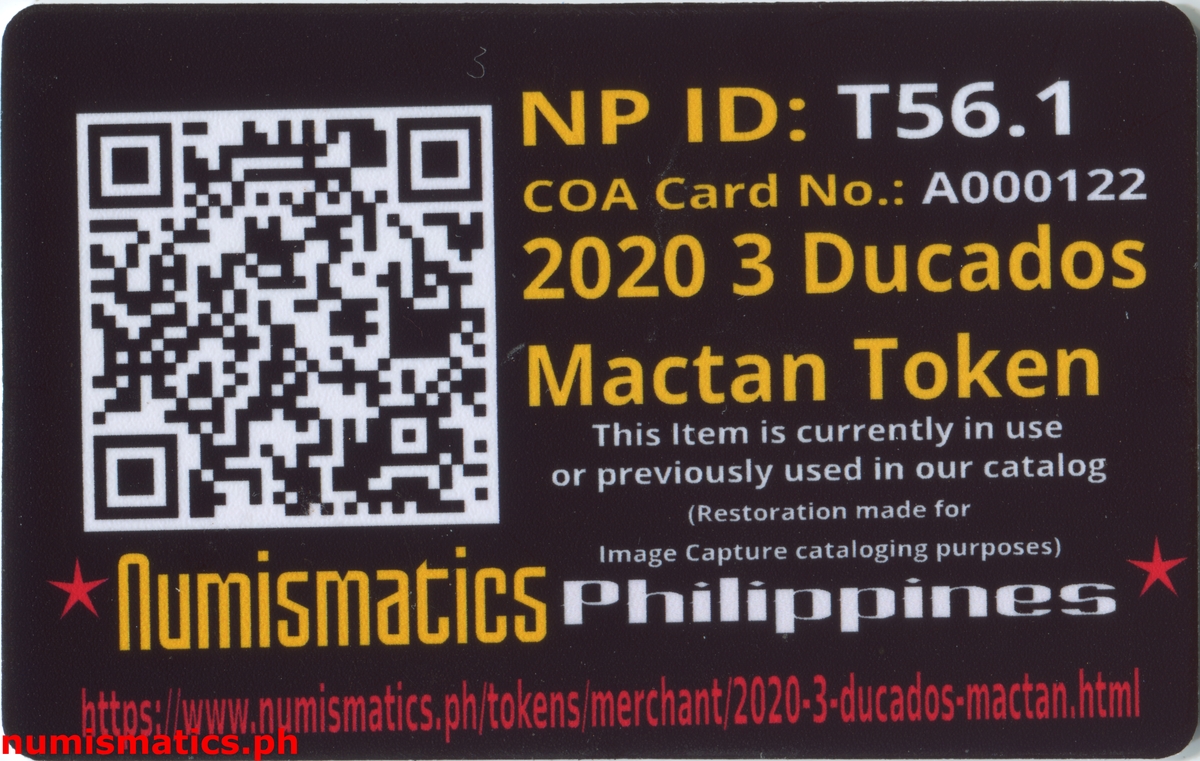 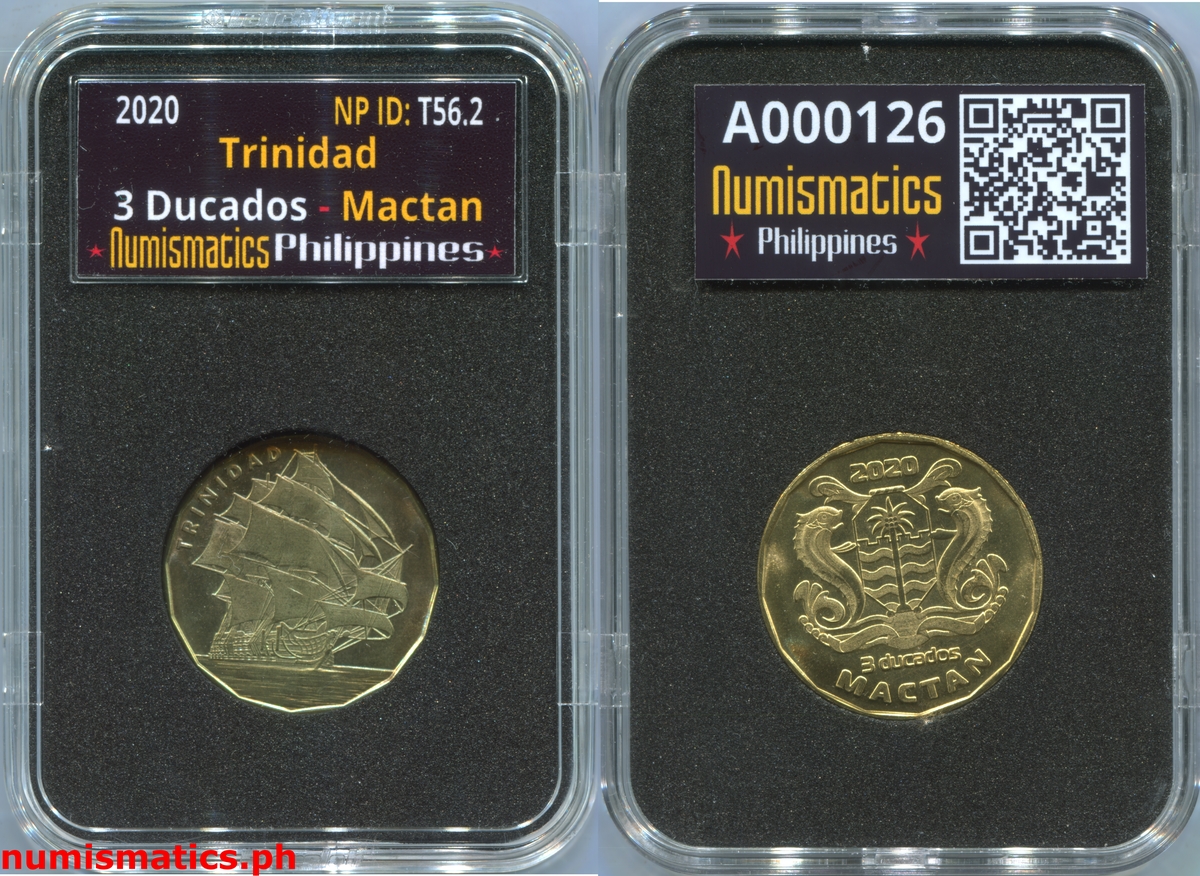 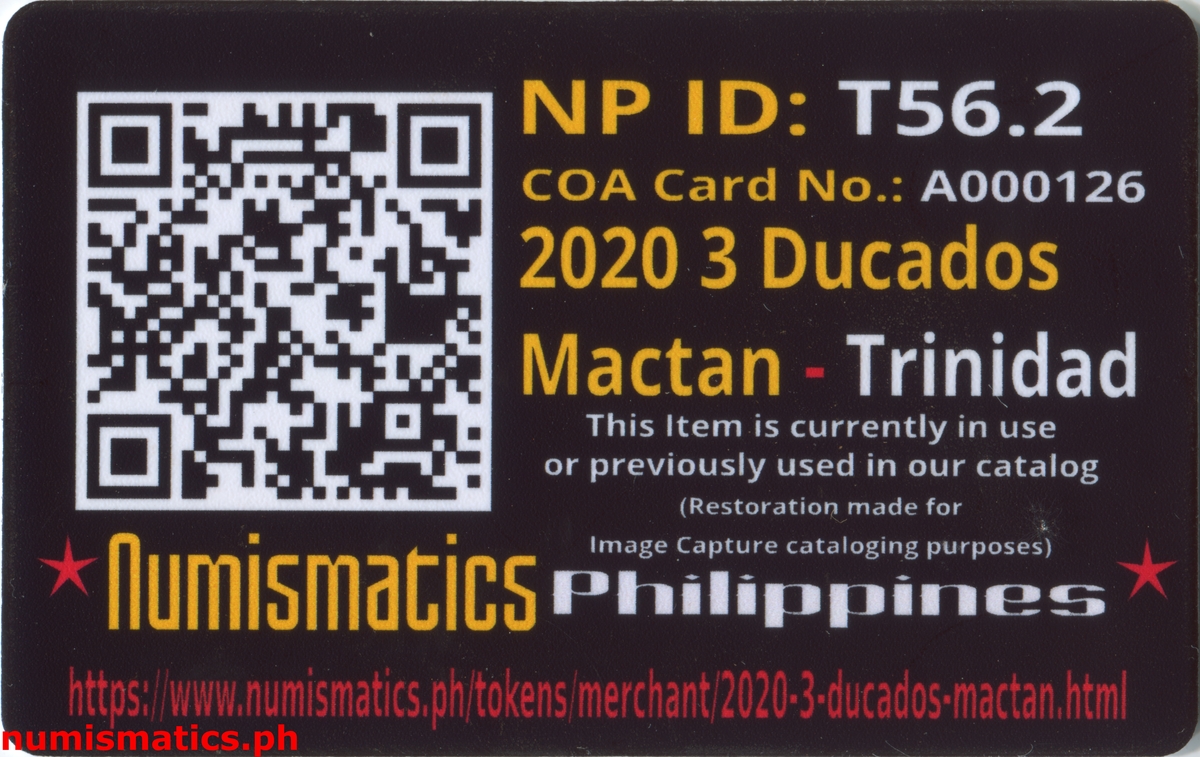 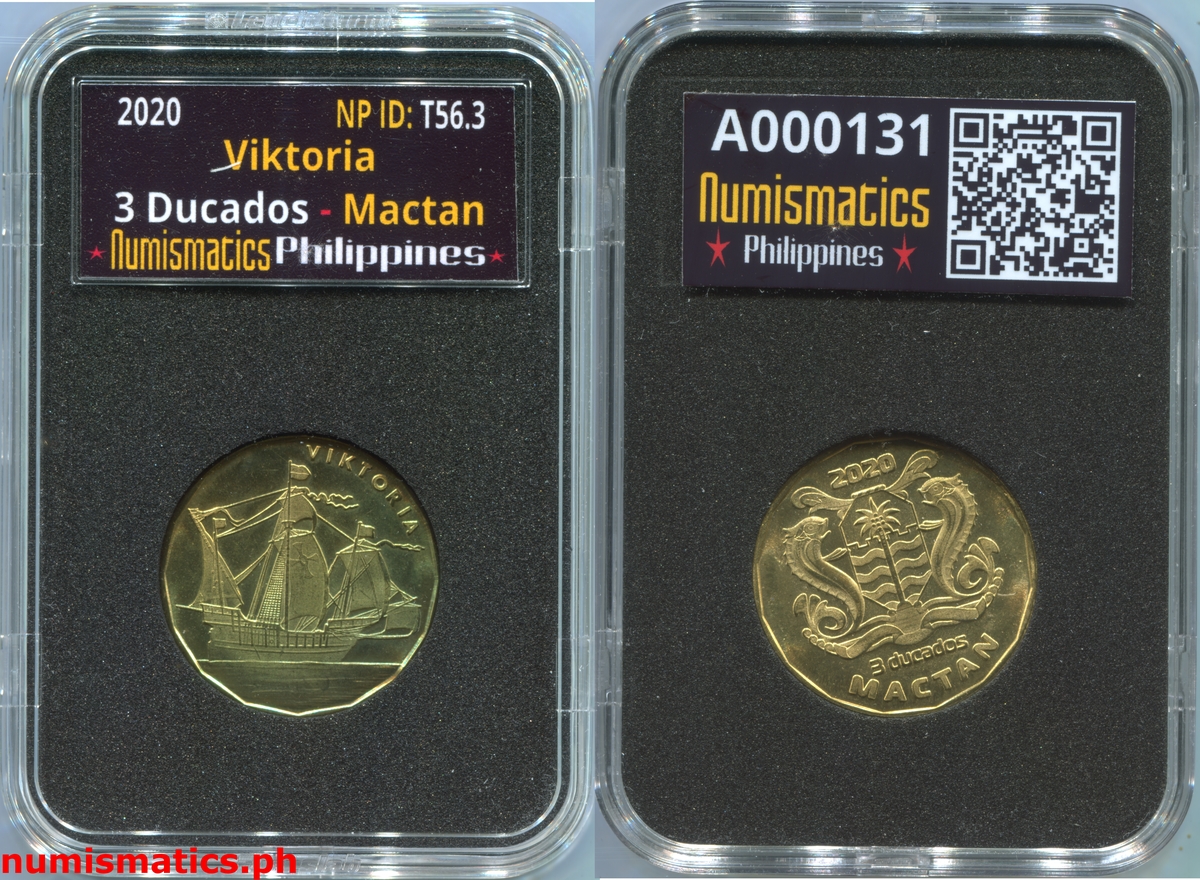 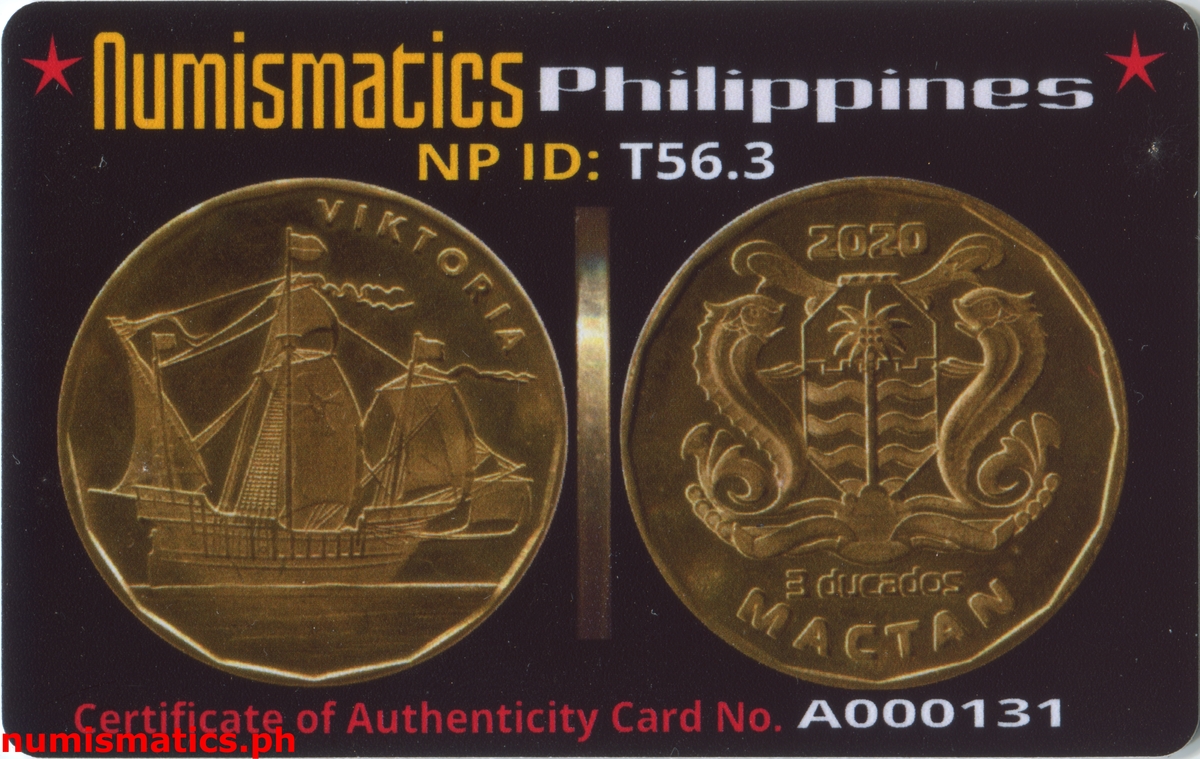 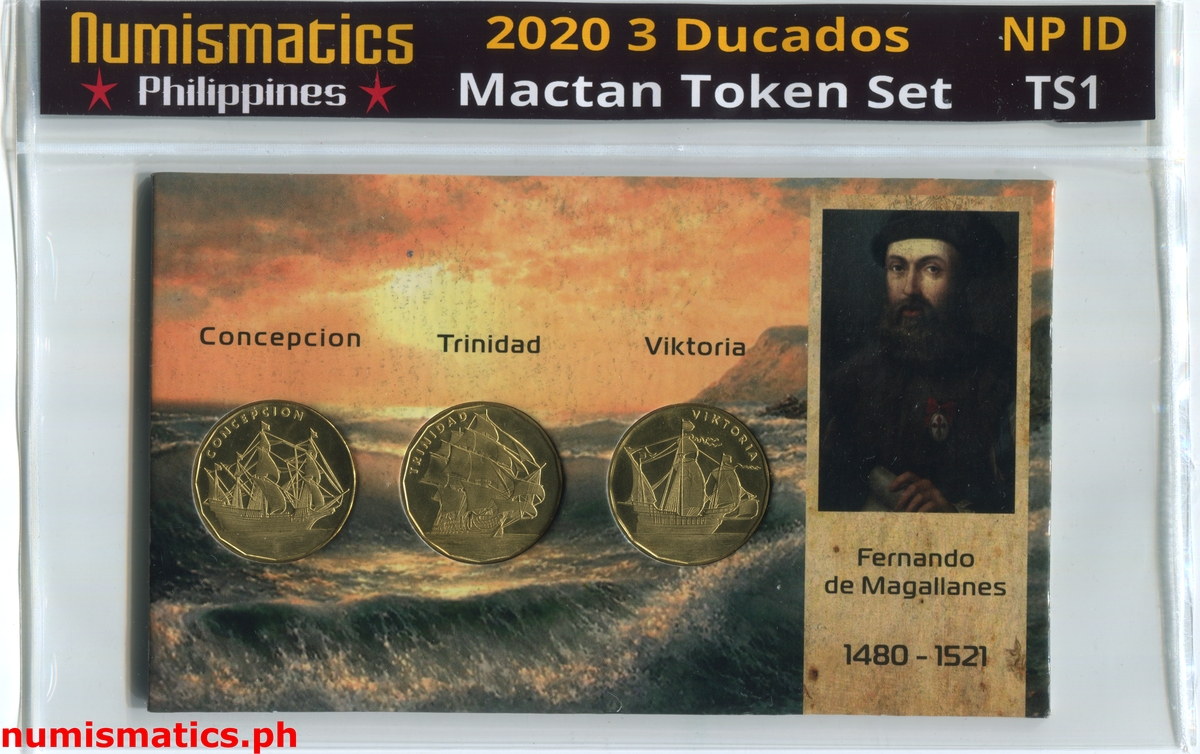 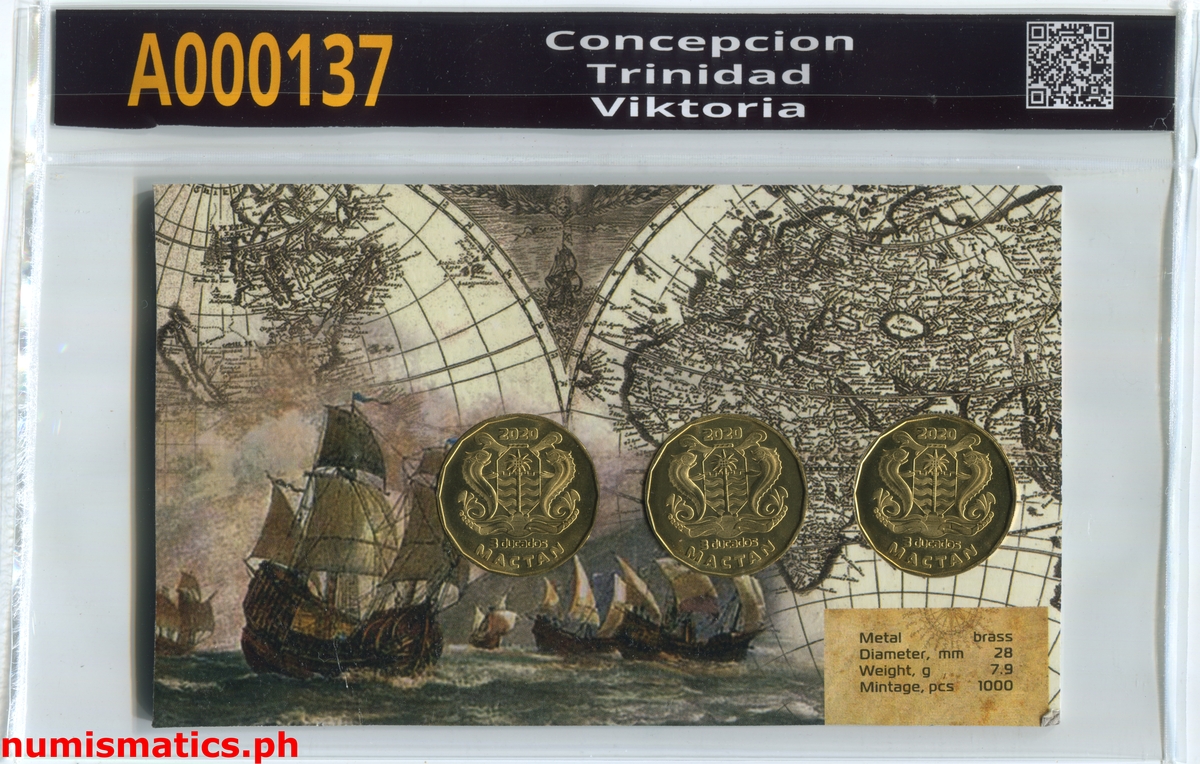 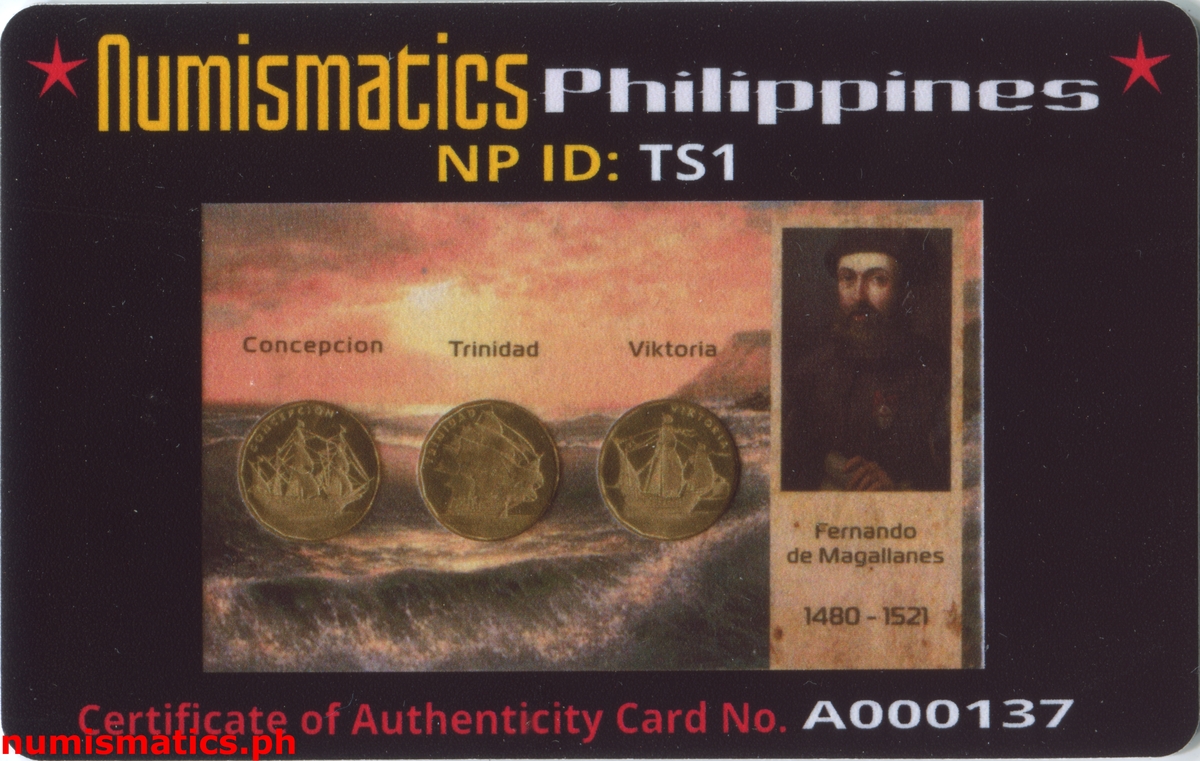 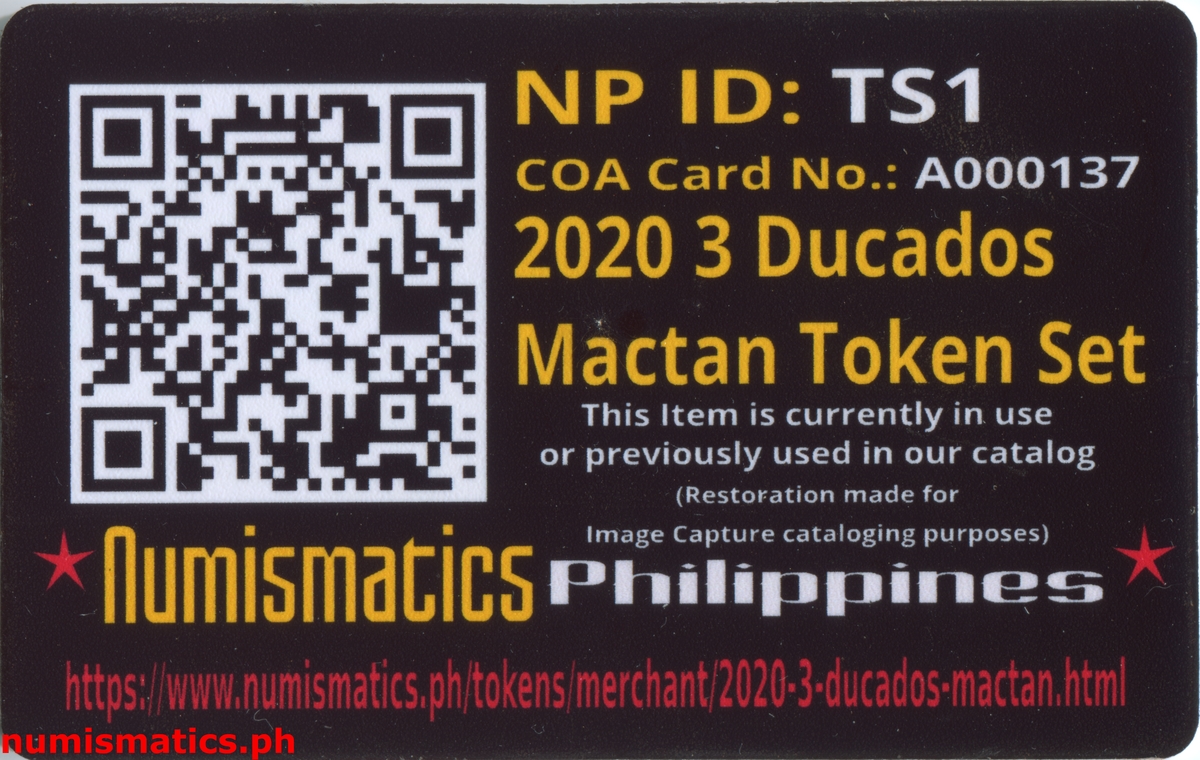 Issued as a 3-Fantasy Token Set in the fantasized world of Mactan, Cebu in 1521.

Concepcion was one of the Five Ships of the Magellan-Elcano Expedition. On May 2, 1521, Concepcion was burned off the sea of Bohol. This decision was made following the dwindling number of crew to man the three surviving ships of the expedition, the other two were the flagship Trinidad and Victoria.

Trinidad was the flagship of Ferdinand Magellan's voyage of circumnavigation.

Victoria was a carrack and the first ship to successfully circumnavigate the world. Victoria was part of a Spanish expedition commanded by the explorer Ferdinand Magellan, and after his death during the voyage, by Juan Sebastian Elcano.